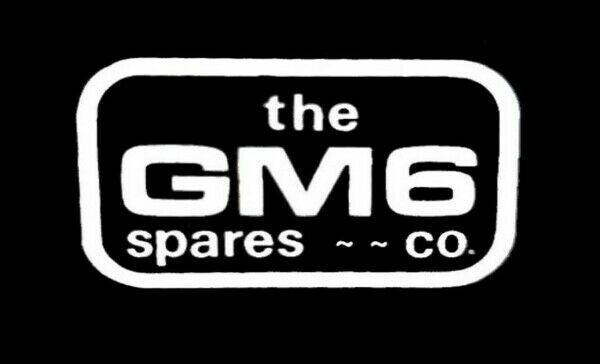 We sell worldwide. We have customers in Europe, USA, Australia, New Zealand and elsewhere.

If you are a buyer in the European Union please be aware that the UK is no longer in the EU and that taxes and customs fees may be applied on entry to your country. These taxes and fees are not included in our prices.

Don't miss out on our new customer offer: 5% off all orders for new customers in their first purchase. Use code at checkout: A34Z0UANCXOX

We are a full-time business established in 1992 specializing in good quality used parts, servicing and restoration for large Vauxhalls and Opels; Monza, Senator, Carlton, Royale, Omega B, Zafira A and Zafira B. GM6 owner/manager Derek Thomson has been driving Monzas since 1984 and is one of the few people in the UK who knows them inside-out.

Over the years we have won three Best of Show and several other Concours Restoration awards.

As with our eBay store (100% feedback rating) you are free to make offers for items you wish to buy.

Most of our parts are also listed on Ebay  but prices are usually higher due to high eBay seller fees. Save money by buying here. It is also much easier to negotiate and process multiple-item deals.

Question: "I've got an issue with the Monza running, previously did have it running ok but now it will start ok when cold and rev

Once it's warmed up even a little it jumps into 5 then 4 cylinders then won't rev at all and cuts out. Any ideas?"

Answer: With problems like this which seem to be temperature related the first thing to do is check the colour of the spark plugs. They should be a medium brown caramel colour. If they are dark grey or black that suggests it is running rich. The engine can cope with the rich mixture when it is stone cold but as soon as it warms up it is too much for it and is effectively being flooded. Another symptom might be black smoke coming out of the exhaust.

Reasons for this include a faulty temperature sensor 1, or an incorrect one, a faulty ECU, a faulty fuel pressure regulator, or increasingly these days a blocked up return pipe in the fuel tank. If the plugs are black I'd start by checking the temperature sensor 1 in the front of the thermostat housing. A Monza 3.0E or GSE (from chassis D1003807) should have a sensor with a black plastic body. Sometimes people fit one with a blue body which is incorrect. The resistance at various temperatures can be tested on the bench with a multimeter. If suspected faulty fit a known good one or buy new.

A faulty injection ECU will often produce the same symptoms and the most common reason for failure is getting wet due to rust holes in the A panel. However this tends to be unrelated to the temperature. The corroded circuit board will either work or it doesn't .

Fuel pressure can be tested with a fuel pressure gauge inserted in the fuel feed line. It should be about 35 psi. The fuel pressure regulator (the dome shaped thing in the fuel rail, not the similar looking thing by the fuel pump ) is generally reliable but they do sometimes go faulty internally and result in very high fuel pressure. Lately we have had several Monzas suffering from this due to blocked up return pipes inside the fuel tank ,as a result of standing idle for many months or years and silty rust deposits inside the tank.

If the spark plugs are caramel and the exhaust is not showing black smoke the reason probably lies elsewhere possibly and very commonly with incorrect ignition timing, although off the top of my head I think it would have to be a long way out to produce the symptoms you are describing. Nevertheless in any situation like this is important to make sure it is correct and spot on, as in my experience 50% of Monzas I have incorrect ignition timing as people have forgotten how to set it correctly. That is a subject for another FAQ post.

Have you looked at the plugs yet? As regards the fuel tank, two possible problems: 1) Rusty silt being sucked up blocking the primary filter on the end of the pickup pipe inside the tank, not doing the fuel pump any good, blocking up the main in-line filter. You may have changed it but it can quickly get blocked or partially blocked again. Your symptoms can also be caused by a gradual loss of fuel pressure due to crud blocking everything up (this can happen on a car in daily use where filter has not been changed for a long time, car will be zooming along motorway then gradually lose speed and power then die due to lack of fuel pressure). 2) The return pipe in the tank. This is a metal pipe sticking out from the tank, the other end goes to the plastic swirl bowl inside the fuel tank. This small pipe can become blocked with rusty silt. The result is that returning fuel cannot get back into the fuel tank, back pressure builds up, engine starts to run very rich then eventually dies and cuts out due to flooding. To check that it is not fully or partially blocked, take the rubber return pipe off and blow through it.

If the fuel tank is old and full of silty rust deposits it is best to replace it with a new one (see my other FAQ). You may get the car running for a while by trying to clean it out etc but unless it is spotlessly clean internally silt problems will continue to plague the fuel system. You just have to bite the bullet and renew it from end to end.

Save this product for later
Display prices in: GBP

Please note use the link below as the get directions button doesn't work efficiently enough for our location.

Very happy, first class in all respects, many thanks!